Focus: BTV was the main broadcaster of the local league PIC: KENNEDY RAMOKONE

The days when television or radio in the living room were the only sources of sports broadcasting are quickly fading away. There is no need to rush home anymore, thanks to a changing environment, notes MmegiSport Staff Writer, MQONDISI DUBE

Botswana Television (Btv) enjoyed an unrivaled monopoly, until 2013, when Supersport was awarded a one-season cashless contract. However, it was felt that the arrangement resulted in the then Premier League Be MOBILE being reserved for the “elite” who had access to the pay-per-view channel.

It left loyal low-income workers in a bind. It wasn’t until recently that Supersport’s parent company, Multichoice, expanded its viewing options with the introduction of on-the-go products, like DStv Now. The product line offers viewers the convenience of watching the game from any location where there is connectivity.

But still, it is the prerogative of a few, who can succeed in paying for the subscription to the premium package. After the unpopular Supersport deal, it was a return to Btv, where the traditional way of watching the game persisted.

This involves the viewer turning on the TV to enjoy a live match. There are few other options for those away from home or away from the TV. Elsewhere, especially in Europe, the dynamics have long changed.

In a train station, a fan can enjoy the uninterrupted broadcast of a match, in High Definition quality, from their mobile phone. But in Botswana in particular, fans don’t have the same luxury when it comes to watching the local championship.

When football was suspended last year in March, the old way of ‘rushing home’ was still the order of game days. No other platform other than Btv via a TV broadcast the football matches. But that could change.

BFL CEO Ramochotlhwane during his press briefing last month said the new body plans to grant the broadcast rights to an organization that can offer the game on a wide variety of platforms. “We’re going to make sure we have as many online platforms as possible, to make sure they reach fans at their doorstep. We thought about introducing a pay-as-you-go method so that our fans can access the matches while generating income for the clubs, ”he said. It is an ambitious plan and a welcome departure from the traditional configuration. However, the options are limited.

Btv is the only local station with the financial strength to offer BFL a decent amount. Ramochotlhwane wants broadcast rights to take their rightful place as the main source of income for clubs.

Local teams rely heavily on grants from the Botswana Premier League, while box office revenue is paltry. The Btv deal has expired and there has been no joy in the past two seasons as the BFA signed a cashless deal in 2013.

This has seen already financially crippled clubs on the brink of collapse. According to the Botswana Footballers Union (FUB), only a handful of clubs were in good shape to consistently pay player dues.

But the approach of Ramochotlhwane and

BFL wants to derive substantial revenue from broadcast rights could change the landscape. However, their main concern will be the lack of suitors in the local market.

Supersport is another option, but they have expressed concern about the size of Botswana’s market. Access Television (Acess TV), which has a wider reach through multiple online platforms, recently indicated that it was unable to participate due to limited resources.

“We would be interested but the stake would be financial and resources in terms of manpower. We do not have the kind of resources and finances to allow us to broadcast football league games, to be able to fully meet the demands of the job at hand, ”said the director of the Access TV channel recently. Thatayaone Gumede at Monitor Sport of our sister publication. .

In neighboring Zimbabwe, a long-standing partnership between public broadcaster ZTV and the Premier Soccer League was recently broken. The television rights were granted to an online television channel, Zimpapers Television Network in a landmark agreement.

The matches are being broadcast live, as Zimbabwe’s football authorities have opted for a platform that reaches out to the community at large. Botswana Football Association (BFA) President Maclean Letshwiti said they were aware of the changing dynamics of broadcast rights agreements.

“If you look internationally, you can only promote the business side of football through television, and if you see what’s going on in South Africa, all the games are broadcast. This is what gives the sponsor’s exposure.

The same approach must be applied in Botswana, ”he said. “The state broadcaster cannot give us that exposure. What we should do is find a production partner who will partner with Btv and the league so they can broadcast more or all of the games.

In this way, they give visibility to the sponsor. In addition, we can stream the games that will generate income for the sponsors. This is the approach I take. Obviously it’s a new way of thinking, so it has to belong to the league, the broadcaster and the sponsor, ”Letshwiti added.

If the broadcasting of matches on televisions has proved less cumbersome, a regular irritant awaits the new course in which most countries are embarking.

In most African countries, connectivity remains the Achilles heel. Only 22% of the continent’s population has access to the Internet, the lowest in the world. But the acceleration of mobile broadband coverage will bring light to millions of people in particular in sub-Saharan Africa, as efforts to put the game in the palms of football fans’ hands gain traction.

Previous Picture this: You and Tables Wealth are working together on your financial future | Sponsored 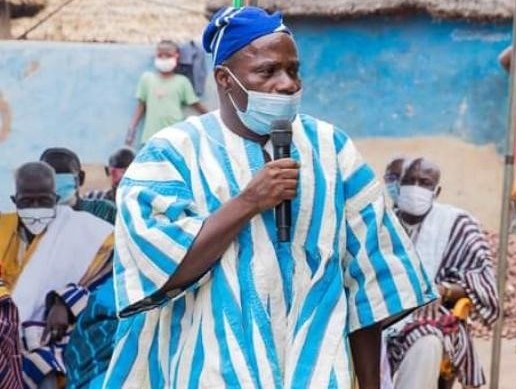