Local Government Minister Nanaia Mahuta said last week that the government would legislate in early December to create four new water entities that would take over the water assets currently held by the councils.

So we have a government that has an ideological idea and little practical experience in water distribution, making the decision to effectively steal these assets from their rightful owners, â€œthe taxpayers who paid themâ€.

We heard the government and its paid puppets (like New Zealand’s local government) explain how change was advocated and how it will be the only way to get a guaranteed safe water supply.

The New Zealand Local Government (LGNZ) signed an agreement with the government in July to promote the Three-water reform project. This deal was backed by the government offering funding to enable LGNZ to convince its members to accept the program.

The agreement with the government which was signed by LGNZ leaders without any consultation with LGNZ members, in effect means that LGNZ is being paid by the government to help achieve a positive outcome with regard to the reform program. three waters.

The government keeps claiming that the case for the change has been proven, but in fact there is some doubt when you consider reports from some influential consultancies that analyzed the proposal. .

Australian business consultants Farrierswier warned: â€œThe analysis is high level and directional and should not be invoked to project actual expenses, revenues and pricing results.

Engineering consultancy group Beca has expressed fears of underestimating the cost of reforms.

Yet the minister is still adamant that the project will go ahead.

We have been told for several months that one of the major advantages of the reform is to allow the water supplier to borrow up to $ 180 billion, which the municipalities could not do.

We have been told that the reason water providers can borrow up to 8.5 times revenue versus 1.5 times for the commercial sector is because the government – i.e. you, the taxpayer – will subscribe to their debt. (Good luck with that!)

The transfer or forfeiture by many boards of up to 30% of their total assets for a payment of 8 cents on the dollar is not commercially acceptable and appears irresponsible.

Borrowing up to $ 180 billion by the proposed new entities using the assets confiscated from our councils and our people and paid by generations of New Zealanders as security seems reckless.

Minister Mahuta said the new water entities would remain publicly owned, and it was a “Result” for the government.

But it’s a fact that if we have no right to a thing – for example, no right to use it, enjoy it, earn income from it, dispose of it, destroy it, control it or control its use – you do not own this thing and this proposal strips local authorities of all property rights that prove that this claim of ownership is manifestly false.

It is nothing more than a large-scale public relations “pirouette” trying to protect the image of the government.

Minister Mahuta also said the overhaul of water-related assets could create between 6,000 and 9,000 jobs and boost the economy by $ 14 billion to $ 23 billion.

All these costs will be paid by the water users, the taxpayers who already own the assets. They will be required to finance additional jobs and economic recovery through their water bills, but they will not face any additional increased costs. “YES INDEED”

Where does this government relate to reality?

An example that has been given, based on existing tariff requests (from the Westland Council) shows that under the new control system using government figures, through the three water model, the costs for the three water utilities will increase. about 37%.

Given the facts set out above and using the government’s own statements, let’s look at what will change as a result of the Three Waters Reform Project.

The real facts behind these statements:

Public ownership will be a “result” for the government.

Made: If one has no rights in something – for example, no right to use it, enjoy it, earn income from it, dispose of it, destroy it, control it or control its use – you do not own it and this proposal strips local communities of all property rights, proving that this claim of ownership is manifestly false.

Without the reforms, we will not have sufficient drinking water.

Made:
Whether the reforms go ahead in their current proposed form or not, the challenges of ensuring an adequate supply of drinking water do not change. The only difference between the status quo and the reform model is funding.

Boards will not be able to fund development and upgrades in the future.

Made:
As in the answer above, the only difference between the status quo and the reform model concerns funding. We have been told that the reason water providers can borrow up to 8.5 times revenue versus 1.5 times for the commercial sector is because the government – i.e. you, the taxpayer – will subscribe to their debt. This statement only confirms my assertion that the only problem is funding and also shows that the answer is a government guarantee against default. If the government were to give the same guarantee to the municipalities, then the question of financing is no longer an obstacle to the development or maintenance of the assets of the three waters and it is not absolutely necessary to use the model proposed for the asset management.

The boards will receive payment for the assets.

Made:
The Reform model gives boards a return of about 8 cents on the dollar on the current valuation of which will represent up to 30% of their total assets. A reality totally unacceptable to any council, and their taxpayers, as a return on their investment in assets over several generations.

Made: The above three statements are all related and should be treated as one. If the reform model is to be implemented, the water entities thus created will have to at least be self-financing and will therefore have to make a profit on their basic operations.

If the sharp increase in the number of jobs that the government is forecasting and the huge boost to the economy both go beyond the current consulting model, then there will be huge additional costs involved and the Only place where new water entities can get the money to pay these costs will be to increase the charges levied on taxpayers for the three water utilities.

If they are to be part of a model similar to the current council structure, then they are just big-scale obfuscation / public relations and should be ignored.

The only figures released to date to show an example of the outcome of the proposed funding scales are those released by the Mayor of Westland Council. When the scale of charges proposed under the Three Water Reform model was compared to the current charges paid by Westland taxpayers, they showed that there would be a 37% increase in direct costs to taxpayers of Westland. Westland.

So what will actually change?

The analysis of this proposal and of the government declarations issued in support of this reform shows that the main changes resulting from this proposal will be the creation of four large centralized entities to control the management of the three water assets and services; the removal of all local representation with full control effectively granted to Iwi by the 50-50 composition of the boards (50% Maori and 50% other races) combined with the requirement of a 75% majority for the taking decision-making.

It is also necessary that the management advice offered by the water entities is sufficiently competent both as a treaty partner and with expertise in accessing Maori Maori, Tikanga Maori and Te Ao Maori knowledge to inform the activities of water entities.

In view of all of the above, there can be no compelling reason for the indecent haste with which this proposal is submitted to the government.

Indeed, given that 43 of the 67 municipalities affected by the proposal have rejected it and the main opposition parties (National & Act) have publicly declared that they will repeal any legislation adopted to allow this reform project to take place. moving forward, there is every reason to believe the government should slow down and genuinely consult with New Zealand taxpayers.

Perhaps organize a binding national referendum on whether to proceed or not!

Finally, governments come and go, the wrong ideological direction can be reversed, and the power belongs to the people – and that is you and your family as New Zealanders.

Use your power and contact your local MP to reject this theft of your property.

20 years of independent publishing is a milestone, but your support is essential for Scoop to continue to thrive. We are strengthening our offer with thedig.nz, our new platform for deeply engaged journalism. Today, more than ever, the sustainable financial support of the Scoop Foundation for Public Service Journalism will help maintain these vital and participatory media services.

Find out more and join us:

Become a member
Find out more 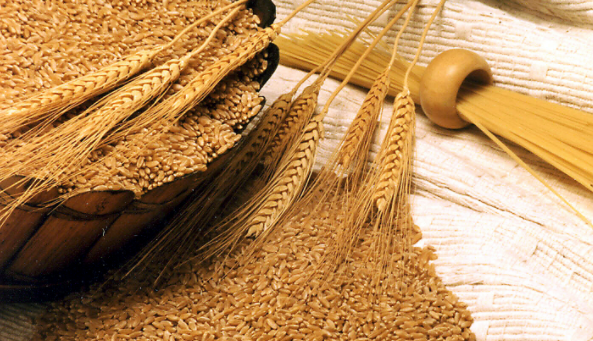